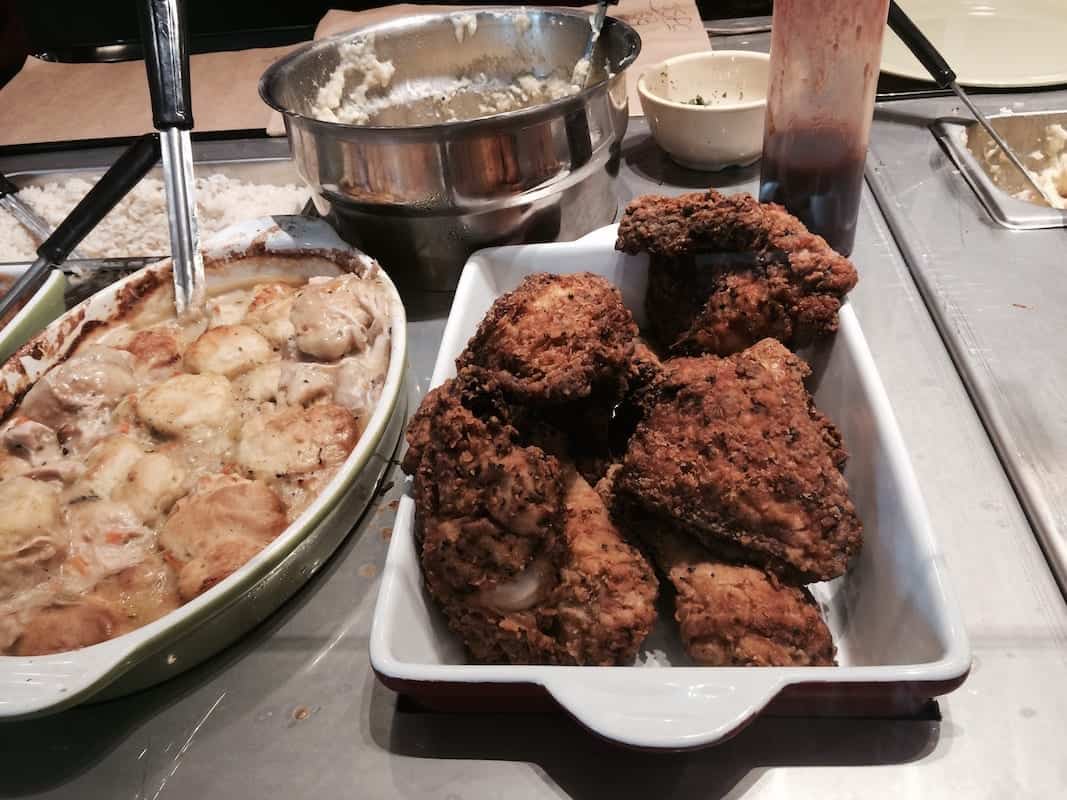 The Coop: A Southern Affair

The Coop: A Southern Affair comes from the same team that brought you 4Rivers Smokehouse, which has become the premier barbecue chain in Central Florida. We were promised that The Coop would do the same for fried chicken as 4Rivers did for BBQ. That didn’t quite happen, but there are some nice surprises inside.

First Impression of The Coop: A Southern Affair

I decided to skip the opening weekend of The Coop: A Southern Affair, the latest restaurant from Johnny Rivers and the folks who brought us 4Rivers Smokehouse. Most folks had the expectation that The Coop would redefine the local standard for fried chicken as 4Rivers did for barbecue.

I’ll cut to the chase. The fried chicken is good, but it’s not as mind-blowing as the meat at 4Rivers Smokehouse. When The Coop first opened, you could count on very long lines. Honestly, I didn’t think the food was worth the wait. I mean, it’s not hard to find decent fried chicken in Orlando.

Fortunately, things have greatly improved at The Coop since I first visited and wrote this review. The line moves quickly and you don’t have to wait long to get your meal. There are more options for dining, including some occasional special event meals that aren’t part of the regular menu.

If anyone else opened The Coop, the location would work fine. For a team with the reputation of 4Rivers and the expectations that come with it, the location seems woefully inadequate. The parking lot is gravel and completely undersized for the amount of people who are visiting, even during an odd hour like 4:00pm. Even though the line no longer runs out the front door, you may need to park elsewhere in the Winter Park area of Morse and Pennsylvania.

The Coop restricts the flow to enter on the Pennsylvania side and exit on Morse.  One way in and one way out.

After the initial launch rush, business settled quite a bit. You can find parking on Pennsylvania or Morse within a block or so of The Coop. Even the gravel parking area isn’t as crowded as it was when The Coop first launched.

The Coop features a rustic design with white ceilings, hardwood floors and mismatched furniture. Even the plates are mismatched. There’s a sign above a separate room called “The Porch” that informs you “What happens on the porch, stays on the porch.”

The dining area wasn’t full on my visit, but it was thankfully well air conditioned. 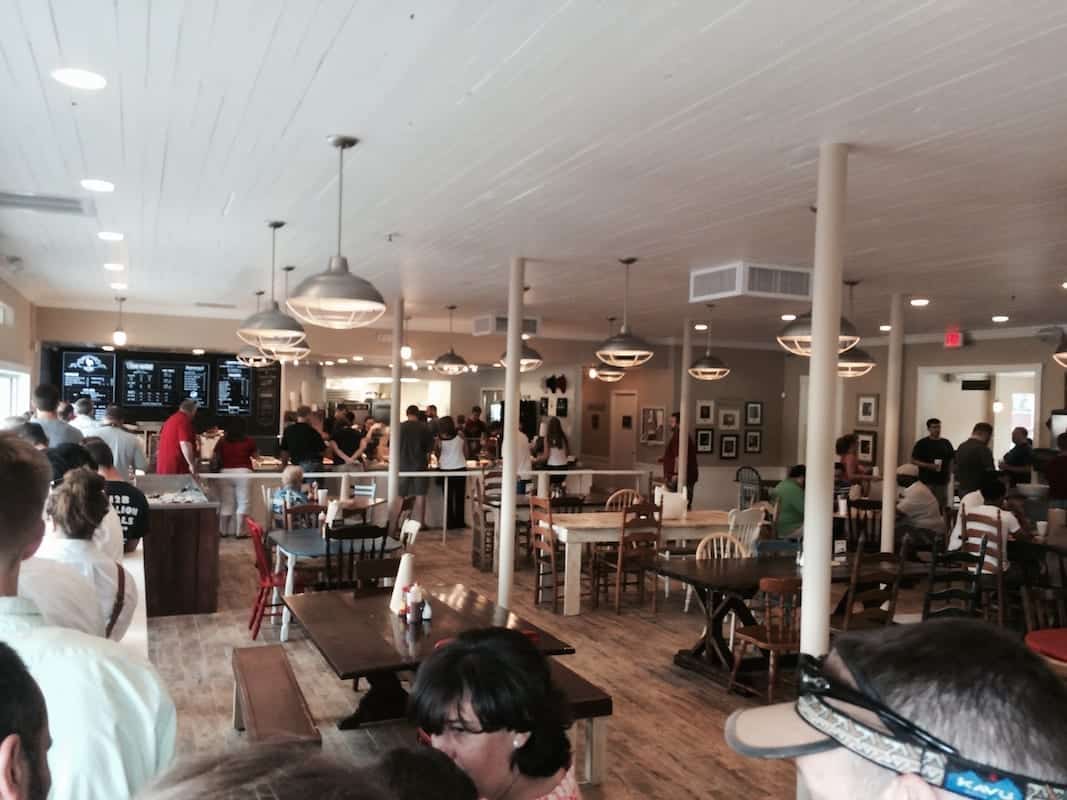 You can expect some eclectic seating at The Coop. I don’t think this is a style of decor as much as it is a strategy to keep people from getting comfortable at any of the 4Rivers restaurants. Get in, eat, get out. 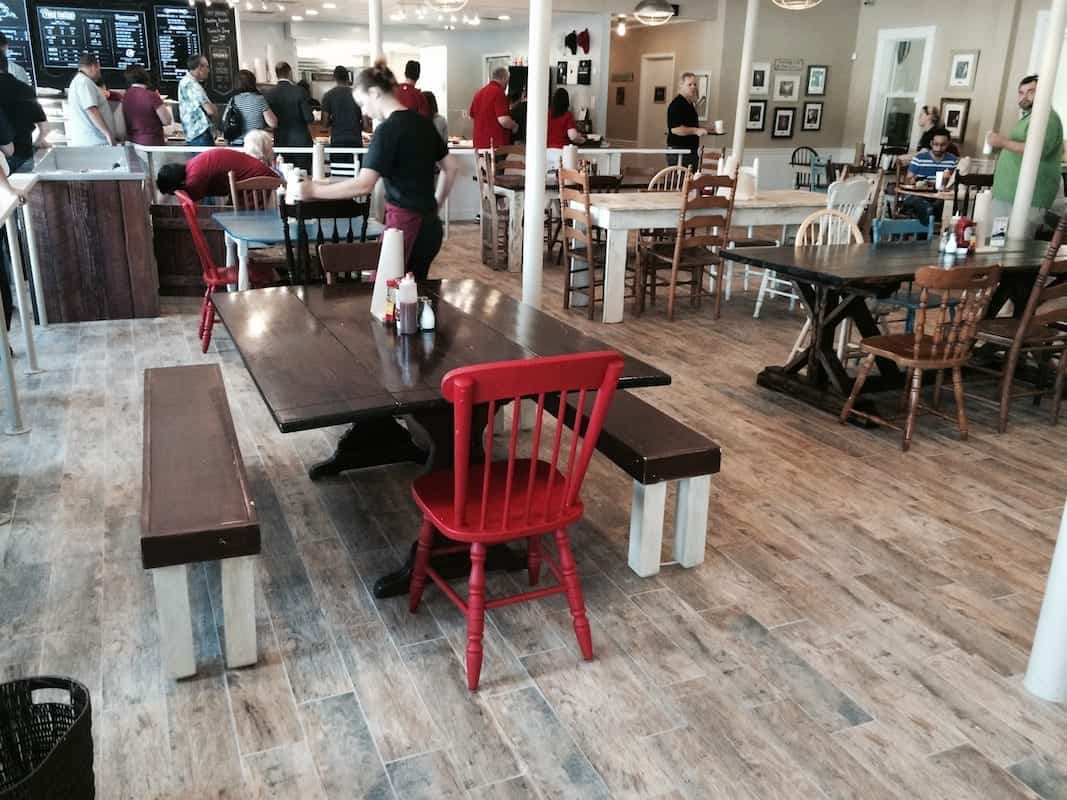 Once you get to the counter operation that’s very much like 4Rivers Smokehouse – an assembly line.

UPDATE: The wait takes less time now. Partly because the line no longer flows out the front door and also because the staff has developed a rhythm to deliver food in less time. What used to take an hour or more now may be ten to fifteen minutes during a busy time.

If they don’t have what you want, you get a number on a stick. Go sit down and they’ll deliver it to your table when it’s ready. The problem with this method is that members of your party may get served at different times. 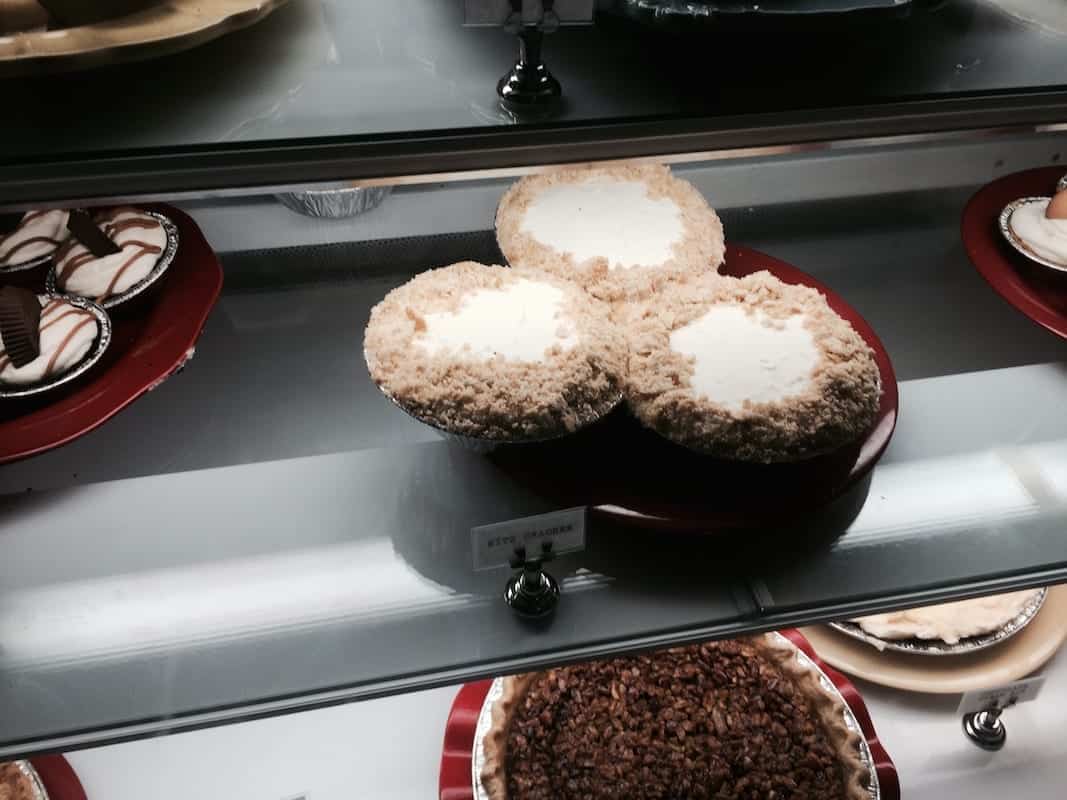 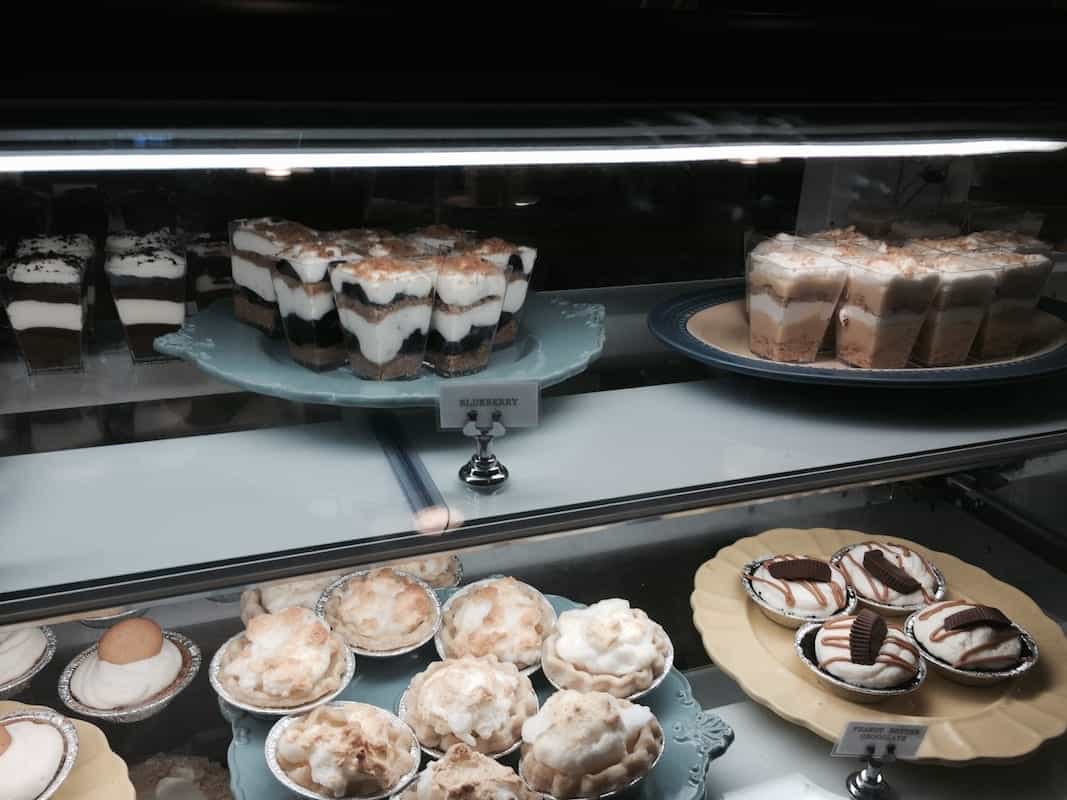 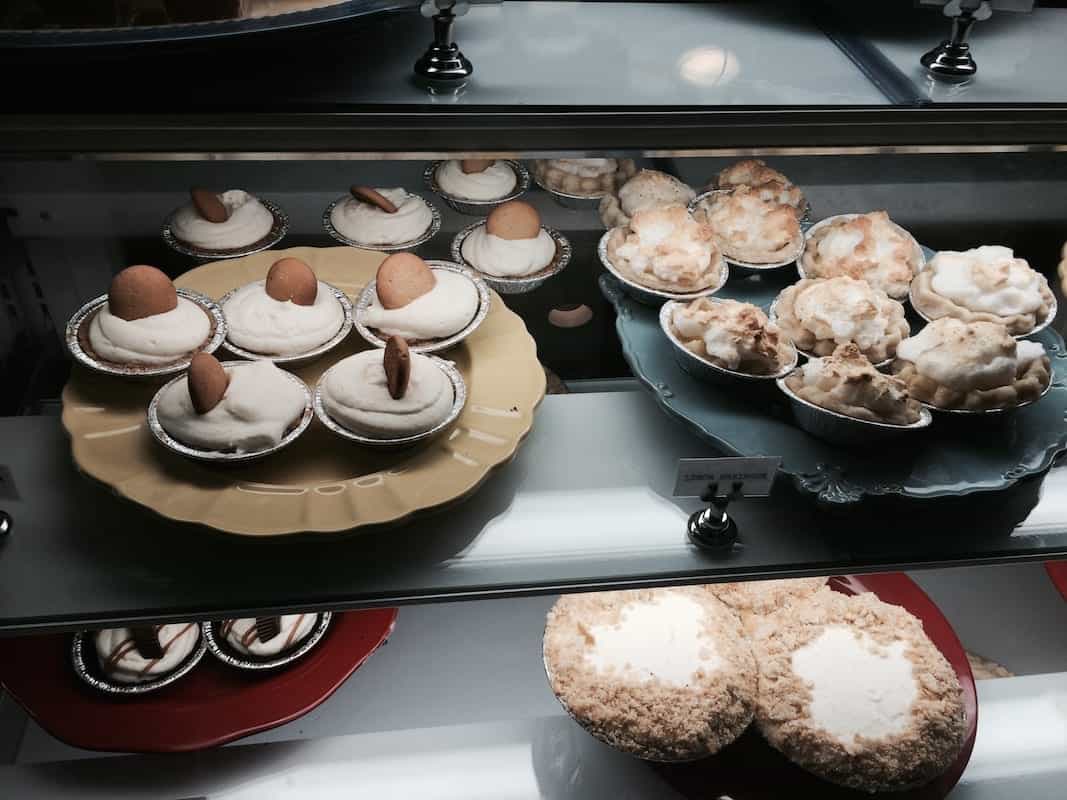 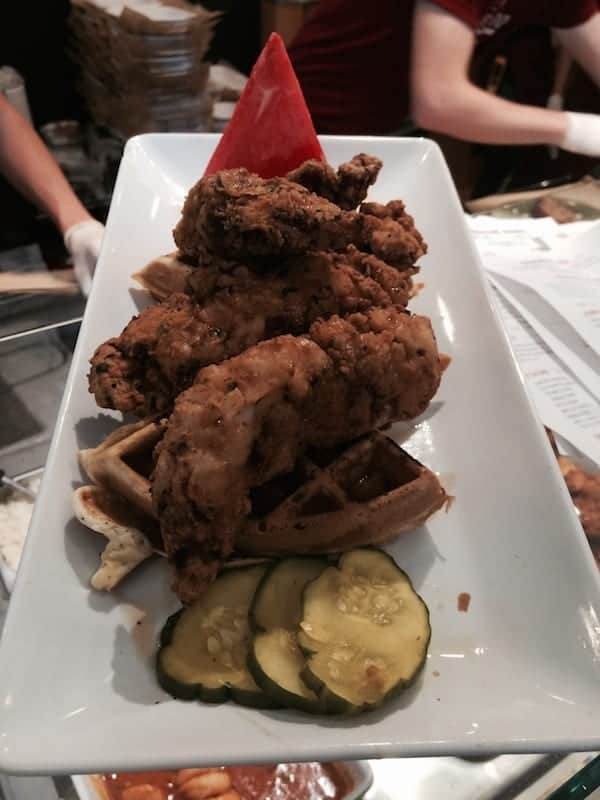 I didn’t ask them to show me pickles, though.

Before I visited, I checked out some of the reviews online at sites like Urban Spoon and Yelp. Definitely hit and miss, but people are more likely to go online to complain than to praise (unless they’re getting paid). Some folks said they didn’t expect oven-fried chicken. Others thought that Publix chicken was better.

I don’t have a problem with oven-fried chicken. If something tastes good, I don’t worry about the preparation behind the scenes.

The fact is that it’s decent chicken. Not great. Not on par with the ribs or other smoked meats at 4Rivers Smokehouse. By no means is this a bad bunch of fried chicken. I liked it and I’ve visited a few times over the years since The Coop opened.

It just isn’t great. My mind wasn’t blown. The Coop does a nice job of making fried chicken.

Getting your beverage at The Coop is a bit of an afterthought. When you walk in the front door, you’ll find an ice chest filled with eclectic brands of soda bottles. It’s a bit of a throwback to older times.

Those aren’t your only option, and perhaps not even your best choice. Like the 4Rivers restaurants, you can buy a cup to fill up at drink stations with your choice of soda or tea.

There’s a New Chef in Town

The Coop has a new chef de cuisine with Whitney Miller, winner of Season 1 of MasterChef. She made changes and The Coop now serves breakfast. A damn good one, too.

There are varieties of pancakes, waffles, eggs, french toast, skillet meals and some delicious side dishes.

If you’re interested in trying The Coop: A Southern Affair, it’s on the corner of Morse and Pennsylvania in Winter Park, just a couple blocks from Dexters and other fine restaurants in the area. Many people will go to satisfy their curiosity.

The staff made some interesting and needed changes since my initial review after the launch. I’m more likely to recommend The Coop today than I was a few years ago, both for the changes in cuisine and the fact that you don’t have to spend an hour to wait for your food.

It’s a nice place to visit for some southern comfort food. 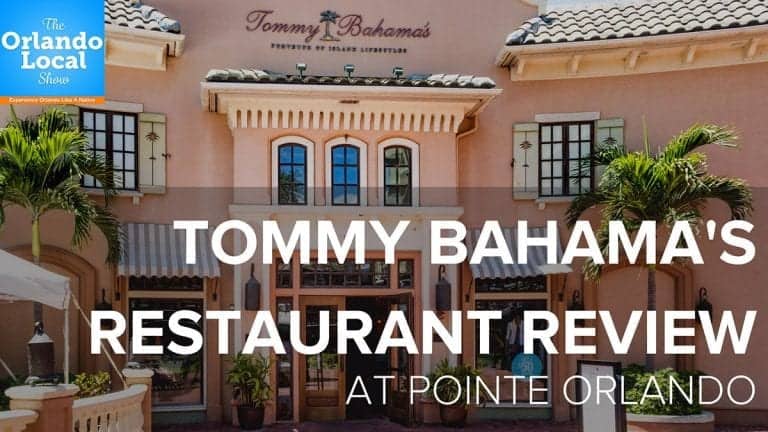 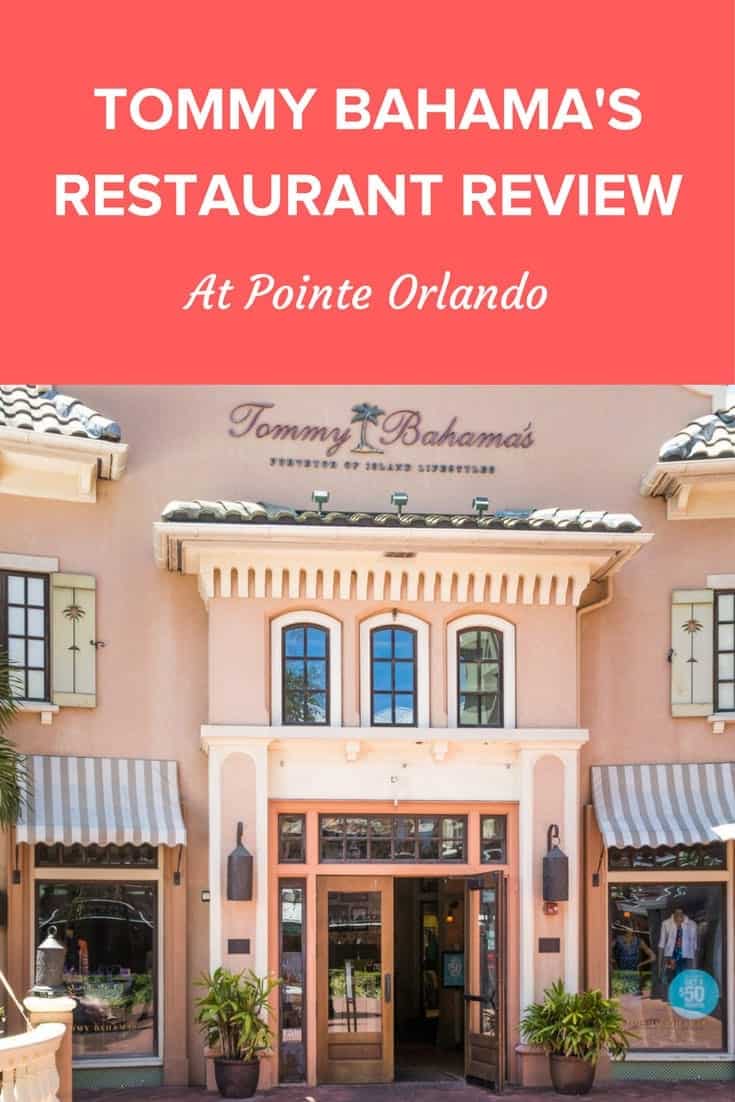 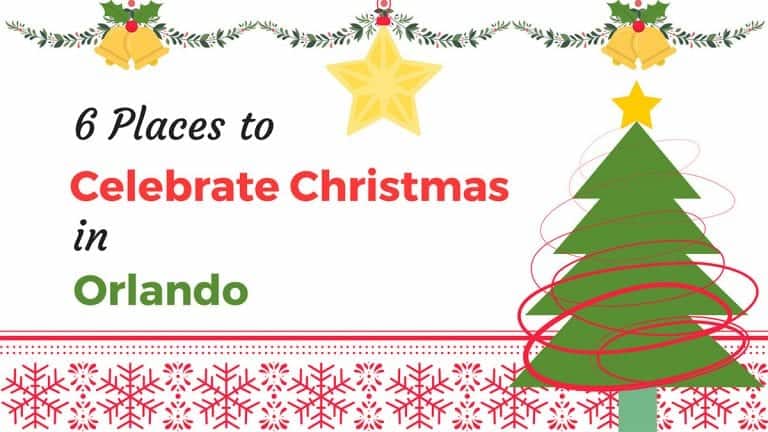 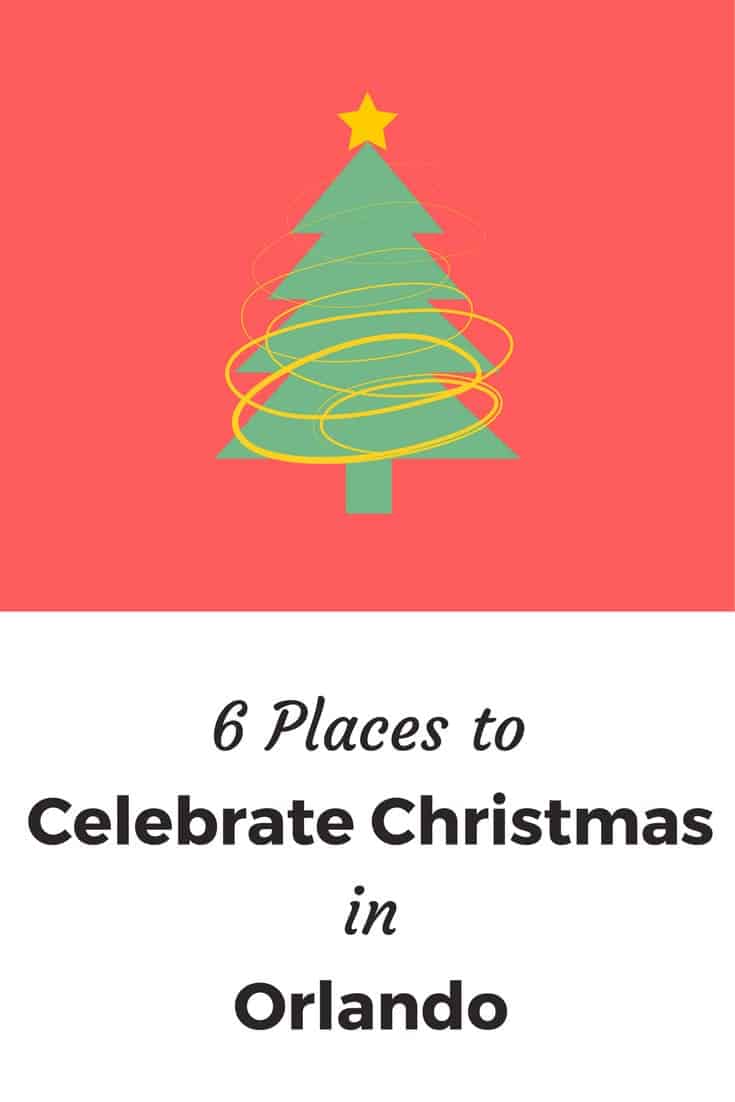 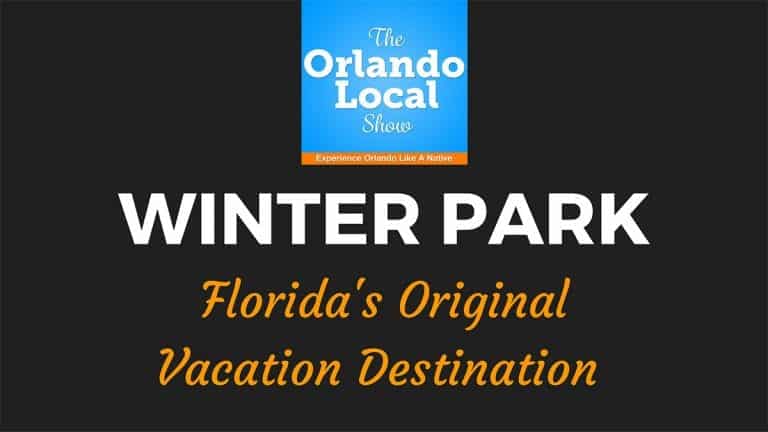 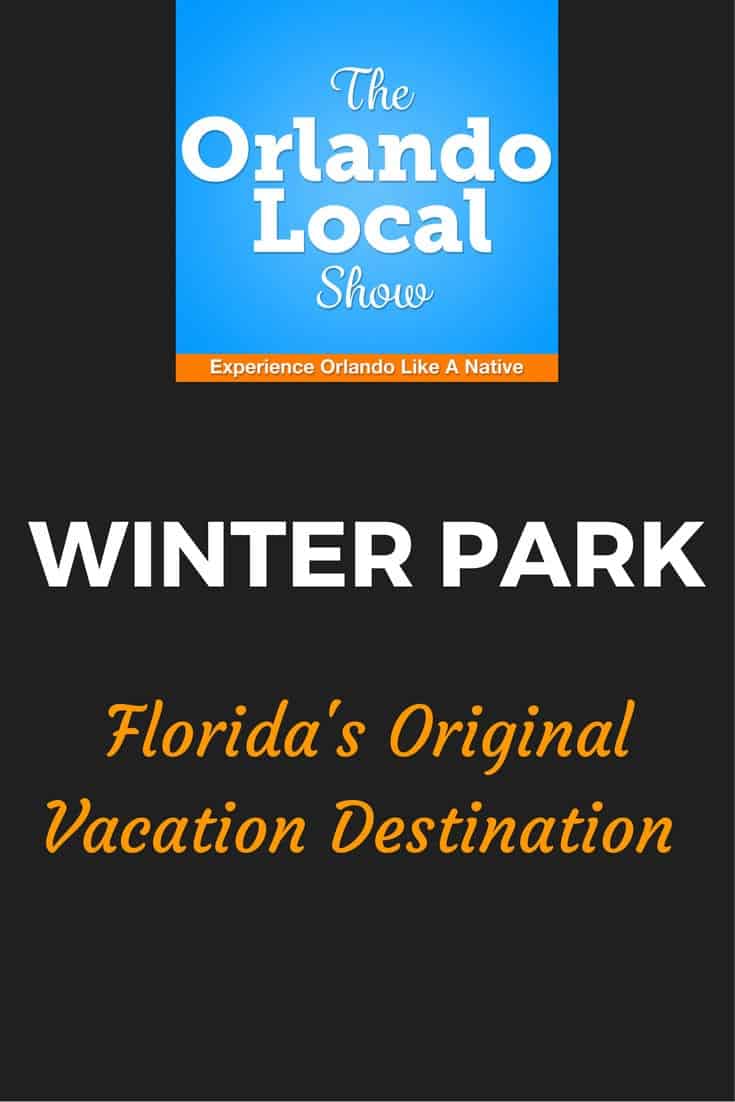