I used to think of Bike Week as the Happiest Time of the Year.  After my trip over to Daytona today, it seems more like the Biggest Disappointment of the Year. The people who are going there are doing their best to totally fuck up Bike Week.

In an effort to save Bike Week from itself, I've decided that it's time someone pointed out its deficiencies in order to illustrate the problems we need to avoid at further events.  Apparently, that someone turned out to be me.  What can I say?  I'm here to help.

I spent a lot of time in unnecessary traffic jams today.  Seriously, I didn't even get to any of the places that I truly wanted to visit – Main Street, Destination Daytona, Iron Horse – because of the incredible traffic jams.  I'm not a neophyte.  I've lived in Central Florida all my life.  Rather than poking along I-4 or International Speeedway, I know that there are relatively unfettered roads that lead up to the same destinations.  At least, until you get to the road that leads right into the destination.  That's when you're truly fucked.

It doesn't have to be that way, though.  The problem, very clearly, was the traffic control failure of Daytona Police and Volusia County Sheriff Deputies.  These folks were the cause of a true cluster-fuck.  I watched cops who were directing people against the traffic lights.  I watched cops at intersections treating all directions equally, despite the obvious fact that there was much more of a backup in a given direction.  Those of us who wasted hours idling in traffic would have been better served if the cops had just stayed home with the Blue Flu.  They did more harm than good, at least as far as traffic control was concerned.

Guys, it's time to leave your fucking stuffed animals at home.  I don't care if it's a teddy bear, a Chuckie puppet or one of the God damned Muppets.  Grow up.  Women are not going to fuck you just because you brought some damn stuffed toy with you.  It's played out.  Give it up.  Leave that shit at home.  It's sad enough that you even own this shit.

This one is for the ladies.  Yes, we know you make a shitload of money each day just by standing there passing out over-priced beer and bottles of water. One woman told me she made about $3,000 a day as a beer tub girl.  Well, it's time to give a little something back.  Start wearing a garter, just like you do when you're working at the nudie bar back home.  If we're going to make you rich for a week, give us a little skin.  At least that way, you know that we tipped you.  It sucks when you drop some money in a jar and the girl doesn't see it.  If we're going to tip you, we want a little smile or gratitude for it.  If we can stick the money on your garter, at least then you pay a little attention in exchange for basically doing nothing more than having breasts that are somewhat on display.  Besides, you'd probably get more tips if you took my advice.  In business, we call this a “win-win.”  Look it up.  You're welcome.

This tragic display seems to be limited to old, white men.  You see them with horns, fur, even dead animal faces somehow adorning their bodies.  Perhaps they think it makes them seem more manly, as if they just returned from killing the critter with their bare hands while simultaneously sexually gratifying a goat.  Enough, already.  This does not make you look cool, manly, or anything positive.  It makes you that freak with the fur and horns.  It makes us feel sorry for your wife and grandkids.  This is a variation of the stuffed-toy phenomenon.  Likewise, it's played-out.  Give up the fucking dead animals.  We'll all be grateful.

7: Chicks with Too Much Pink

Pink bikes.  Pink boots.  Pink helmets.  Pink leathers.  Enough, already.  We get it.  You have a vagina.  Don't rub it in our faces.  Wait, that didn't come out right.  At any rate, it's another thing that's played out.  Yay, girl-power!  You're surrounded 90:1 by fat men in leather.  Trust me, you already stand out in a crowd just for not having a Y-chromosome.  You don't need to flaunt your pink accessories.  Just show us your tits and we'll get the idea.

While we're on the subject of tits…

Enough with the fake tits.  I'm not talking about breast augmentation. To me, those aren't fake.  I believe in the words of Sam Kinison – “They're real if I can touch them.” What I'm talking about t-shirts and other images of tits that aren't really tits.  Men do not get excited by t-shirts showing us stuff that you don't have.  If you want to show us your cleavage, that's a great start.  If you want to wear a short t-shirt where the boobs hang out underneath, this is also an acceptable solution.  There's even a protest every year during Bike Week where women take off their tops for equal rights to go Top Free.  I'd enjoy this protest more if there were more attractive women in it, but I support their cause.  Set those puppies free!

Who are these people talking to all the time?  It's bad enough you can't find a woman who can drive without a cell phone conversation, but do we need bikers yapping on the phone all the time?  You're here, you're on vacation.  Shut the fuck up and pay attention.  Don't worry about the crisis in HR back home.  Let the wife figure out how to work the garbage disposal on her own.  Pay attention to what's happening around you and stop YELLING into your damn phone at every concert, beer hall and restaurant.

Vendors are everywhere in Bike Week.  People started this event for racing and having fun.  Whenever people get together, someone comes along to sell them something.  To an extent, that's not a bad thing.  You get a chance to see things for sale that may interest you, parts for the bike, t-shirts, etc.  However, it's gone far beyond acceptable commercialization now.  Hard Rock has a place on Main Street only during Biker events now.  Ford is here trying to hawk its trucks to bikers who clearly should be towing their motorcycles instead of riding them.  Verizon Wireless was here with a special today.  That's right.  Verizon Fucking Wireless!  What the hell does that shit have to do with bikers, racing or drinking to excess?  I understand that nearly everyone has a cell phone now, but do we need these assholes marketing them to us during Bike Week?  Hell, there's also a sale on mattresses in Daytona this week.  How the hell are you supposed to carry a mattress back home to Buffalo on your bike?  Enough, already.  At least keep the commercialization relevant to the event.

That's it.  That's my rant on what Bike Week doesn't need.  There's probably more, like all the asswipes in trucks, cars and minivans trying to cruise down Main Street during Bike Week, but at least they have a right to drive on the road.  For now. 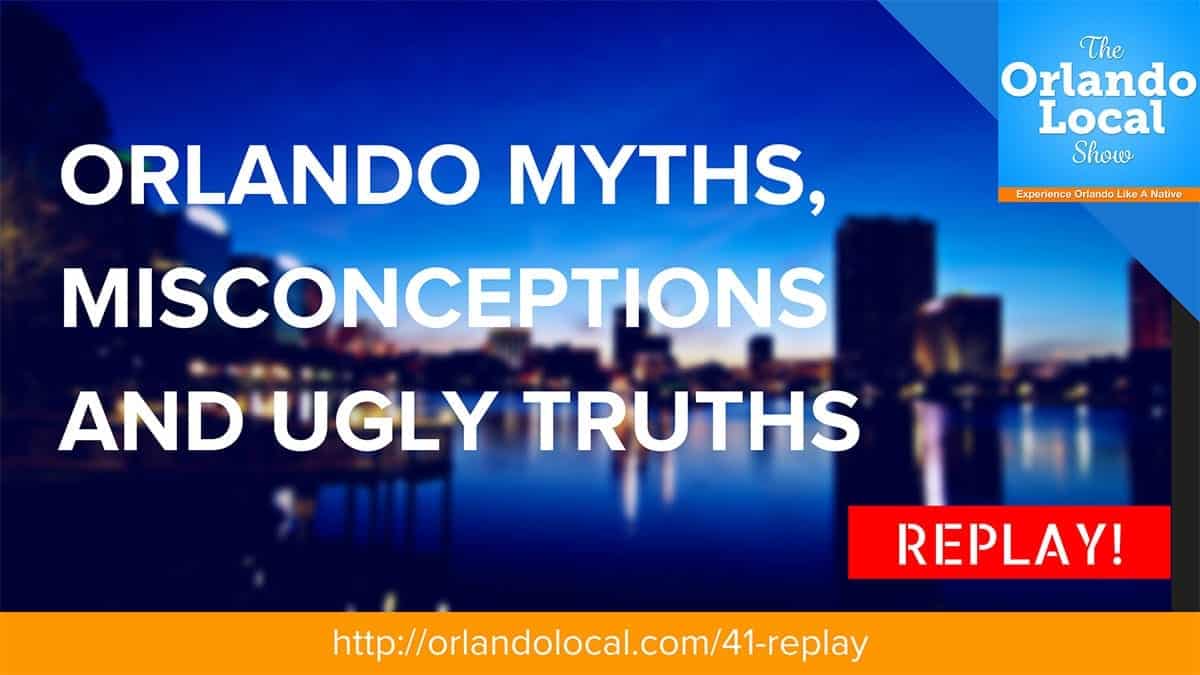 Orlando Myths Replay This is a replay of a previous episode. We Address Some Orlando Myths and Misconceptions Is IHOP really the best place for 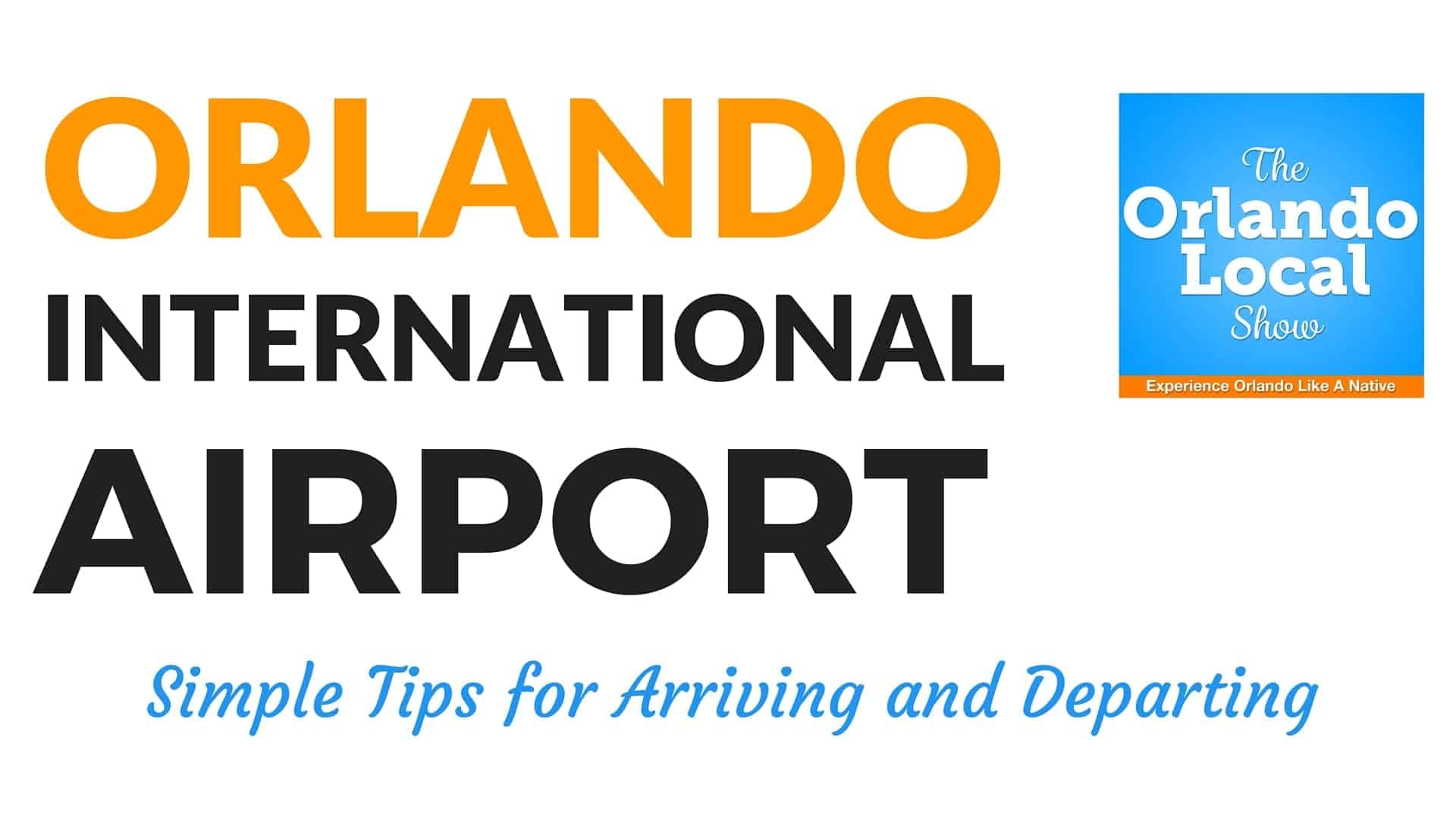 Orlando International Airport – Arrive and Depart with Ease Thank you for listening to The Orlando Local Show, Episode 2. We really appreciate your time